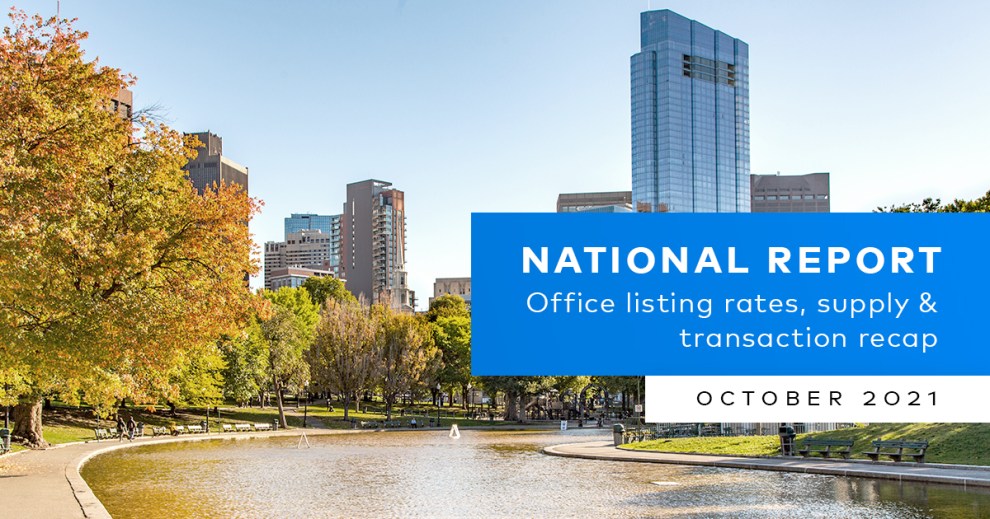 With investment volume poised to exceed 2020’s, the office market is still navigating fallout from the health crisis.

National office asking rates recorded a 10-cent decrease from the month prior, averaging $36.82 per square foot. However, the rate was up 1.2% year-over-year. Following a similar pattern, office vacancy stood at 14.9 percent, 50 basis points lower than in August, but up 130 basis points year-over-year in September.

Most markets recorded a slight decrease in vacancy from the month prior but more significant gains on a year-over-year basis, largely due to a recent surge in deliveries. As an example, vacancy in Austin recorded a 510-basis point increase from September 2020, with deliveries from 2017 onwards accounting for 15 percent of total stock.