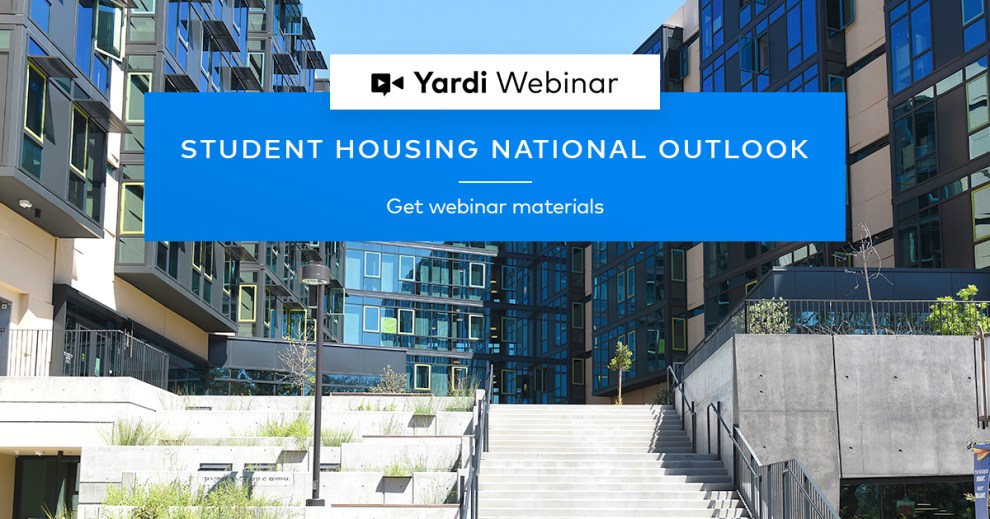 Pre-leasing picked up in July and August

As colleges get back to in-person learning this fall, Yardi Matrix reports that the student housing sector is on the rebound.

On Wednesday, the Matrix team, led by Matrix vice president Jeff Alder, presented a webinar on the outlooks and tactics for investors as the student housing realm moves past the pandemic. (View the event recording here.)

“There was a surge in leasing in July and August,” reported Adler. “Rent growth also moved up. The bulk of properties did extremely well. Overall, the sector has validated its business case.”

As colleges and universities announced that they would resume fully in-person classes in the mid to late summer, student housing activity responded in turn.

According to Matrix data, this August preleasing for Yardi 200 universities surpassed pre-pandemic levels at 91.1% preleased, while rent growth also had a significant jump at 3.4% year-over-year. One and two bedrooms led the way for rent increases, and studios, while favored at the height of the pandemic, were not as coveted. Three and four-bedroom suites began to rebound near the end of August.

U.S. colleges are projected to see an enrollment spike in 2021-2022, following an academic year in which some students opted out of attending due to pandemic restrictions, finances and other factors. Thousands of universities did not require SAT or ACT scores this year, driving a surge in applications and subsequently, higher enrollment.

“The bottom line is the schools are open. There may be bumps and problems (with COVID) along the way in terms of the student base. But the schools are opening, housing is happening and beds are getting filled,” Adler summarized. And that’s all good news for student housing.

“Overall, we have a very positive outlook for the student housing industry, particularly at first tier institutions,” state Matrix analysts.

Much of the presentation focused on the tactical components for investing in student housing, which will be a focus for Matrix moving forward. Adler introduced the sector’s forecast reports for supply and enrollment (both currently available) and rent and occupancy (coming soon). According to a poll of attendees on the webinar, 52 percent of respondents stated they are interested in investing in the sector through acquisitions and 48 percent stated they would invest through developing properties.

View the webinar presentation to see all slides and data analysis.

Trendlines that Yardi Matrix will continue to monitor into 2022 include:

Consolidation is expected to be a significant ongoing factor for the industry and reflects the fact that there are fewer Gen Z college attendees than there were in the Millennial generation, Adler explained. States across the country are examining ways to streamline higher education offerings and save overhead costs.

“We do expect that enrollment growth will face headwinds. Gen Z is a smaller cohort (of students) than the Millennials were, hence the consolidation expectation,” Adler said.

Investors interested in the student housing sector may want to focus their efforts on major schools that are likely to withstand or even benefit from consolidation efforts in the industry, he noted. Learn more about student housing and other markets covered by Yardi Matrix.