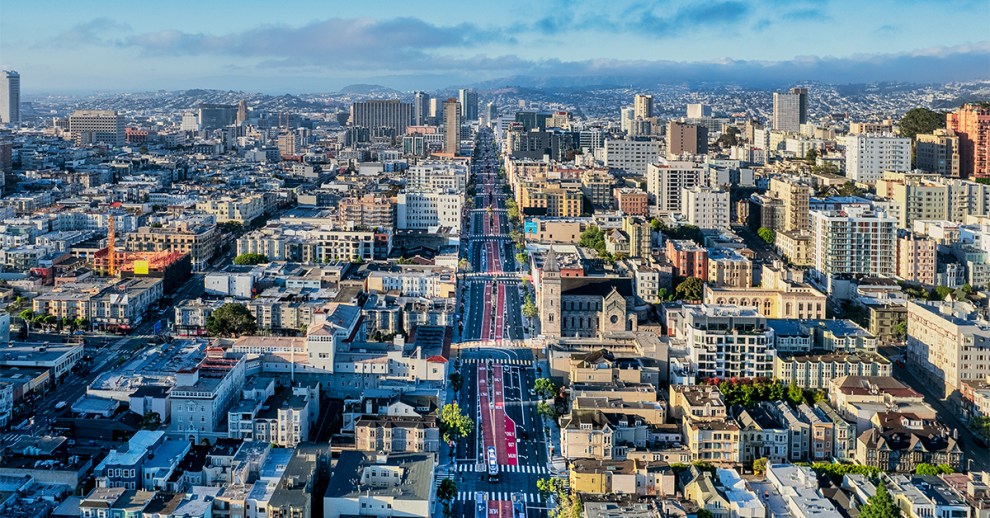 The San Francisco multifamily market moved at a slow pace during the first five months of the year, with the metro falling behind most gateway markets in key metrics. Overall rates grew 0.8% on a trailing three-month (T3) basis through May—slower than the nation’s 1.0% rate—to $2,750. On a year-over-year basis, rents were up 8.7%, with San Francisco placing 29th among the largest 30 markets in the U.S. Still, demand for multifamily product is high, as occupancy rates rebounded to pre-pandemic levels—up 150 basis points year-over-year, to 95.2% as of April.

As of May, California had regained 93% of the jobs lost during March and April of 2020 due to the pandemic, according to the California Employment Development Department. Following national trends, the job market started rebounding in the second half of 2021. Growth clocked in at 6.4% in March, exceeding the 4.7% national rate. Over the 12 months ending in March, the metro regained 175,400 jobs, with no sectors recording contractions.

Multifamily investment activity stayed strong, as sales topped $1.2 billion during the first five months of the year. The average price per unit grew 3.3% since the start of the year, to $430,675. Meanwhile, construction activity is likely to cool off after a record-breaking 2021, when over 10,000 units were delivered. As of May, the metro had 20,304 units underway, with roughly two-thirds of incoming stock targeting the Lifestyle segment.