As summer winds down, U.S. rents continued their surge, reaching new highs in the process.

National year-over-year rent growth marked the first ever double-digit increase in Yardi Matrix’s dataset history, according to our August survey of 140 markets. The average rent increased by $25 to $1,539, with all but two metros recording positive year-over-year rent growth—Queens (-0.5%) and Midland-Odessa (-5.5%). The average rent in the upscale Lifestyle segment (11.8%) continued to outpace the Renter-by-Necessity asset class (8.4%).

Occupancy rose by 0.9% in the 12 months ending in August, and here too Lifestyle units took the lead, posting a 1.5% increase to 95.6% and is catching up to Renter-by-Necessity segment, where occupancy inched up just 0.5% to 95.7%.

Rent recovery has extended beyond the tech hub metros in the Southwest and Southeast, fueled by a steady return to urban cores, job growth and an increased savings rate. In the leading positions remained the nation’s fast growing tech hubs—Phoenix (22.0%), Tampa (20.2%) and Las Vegas (19.2%)—supported by solid job growth that attracted residents looking to relocate to less expensive areas where, with the excess savings built up over the last 18 months, they can afford higher-end apartments.

All top 30 metros posted positive year-over-year rent growth, which means that gateway metros are also rebounding. However, comparing current rents to last August is somewhat misleading as in August 2020 gateway markets were struggling. Instead, a comparison with March 2020 leads to a fairer assessment and reveals that of the seven gateway metros five have exceeded their March 2020 levels, with Miami in the double digits (16.2%), followed by Boston (7.0%), Chicago (6.4%), Los Angeles (4.9%) and Washington, D.C. (3.9%).

Miami and Chicago are also among the leaders in occupancy gains and, despite their increases in occupancy—Miami, up 1.7% from last year and Chicago, up 1.4%—still fall near the bottom of the top metros with occupancy in August at 92.3% and 94.0%. New York and San Francisco recorded rent growth of 2.8% and 1.4% on a year-over-year basis, but occupancy has yet to leave the negative territory, clocking in at -3.8% and -3.2%, respectively. This is likely due to the slow in-migration, partly due to the continuation of remote work and companies delaying office returns because of a surge in the Delta variant. Another factor slowing down recovery is new supply, especially in San Francisco, where in the last 12 months, the multifamily stock expanded by 3.3%. With the bulk in the Lifestyle segment, the lease-up process is sluggish.

On a month-over-month basis through August, rents rose 1.7%, with Las Vegas (3.3%), the Inland Empire and Seattle (both 3.1%) leading ranks. The top 10 consisted of mostly secondary markets in the Southeast in Southwest, but a new entry is Seattle, a metro that has struggled throughout the pandemic, partly due to out-migration of people in the tech sector. The bottom of the top 30 this month had Kansas City (0.2%), San Francisco (0.5%) and the Twin Cities (0.7%)—with Kansas City and the Twin Cities returning to typical growth rates for Midwest cities.

The eviction moratorium has been overturned by the U.S. Supreme Court, which means that evictions can begin in states and cities that don’t have a moratorium of their own. However, data from the National Multifamily Housing Council’s Rent Payment Tracker shows that in July, 94.9% of apartments made a full or partial rent payment.

The single-family rental sector continues to outperform multifamily, marking a 13.9% year-over-year growth. This exceptional performance is fueled by Millennials in need for more space but outweighed by the high price of single-family homes resort to SFR residences. Consequently, institutional investors saw the opportunity and set their eyes on the sector: Blackstone Real Estate Income Trust Inc. and Invesco Real Estate Trust announced deals at the end of the second quarter totaling a combined $11 billion. 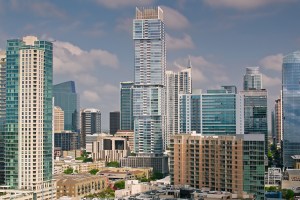 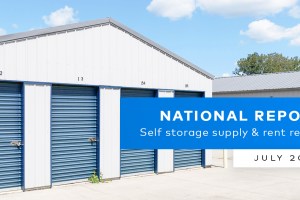