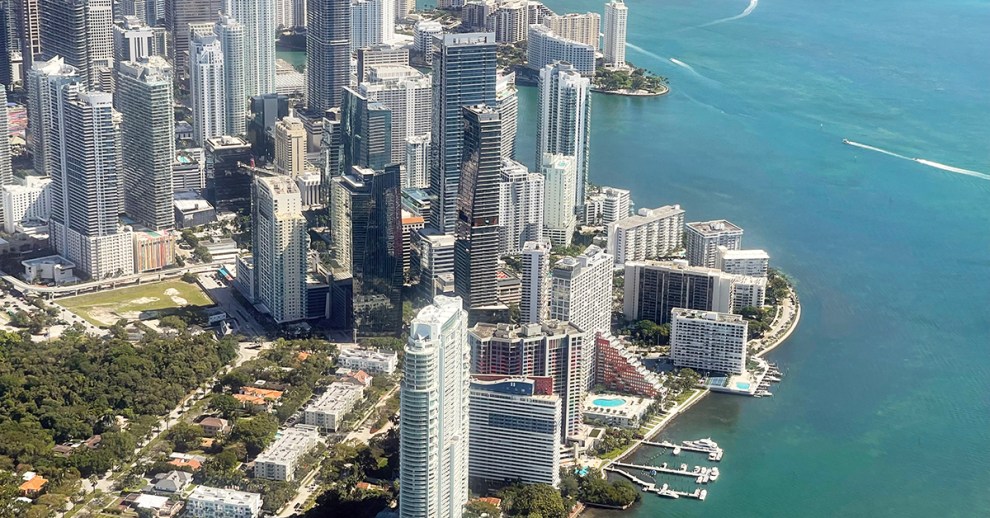 The multifamily industry posted another slight softening, but still remains in high gear.

Even with the recent disturbances in the U.S. economy, the national multifamily market continued unabated. The average asking rent rose $15 to $1,659 in April, which represents a 14.3% year-over-year increase and another 50 basis points below the previous month. During the first four months of the year, the national average rent increased by $50. Asking rents increased by 20% or more in five of the top 30 metros and 10% or more in 26 of these metros. Miami held leading position (24.6%) but also posted a 1.7% decrease from March. Orlando, Tampa, Las Vegas and Phoenix completed the top five. Even bottom-ranking metros posted significant performance: Baltimore (9.3%), Kansas City and San Francisco (8.8%), and the Twin Cities (4.7%).

The moderation that infiltrated at the start of the spring seasonal growth will remain present and even intensify, due to a rising number of factors: The slowdown in the U.S. economy—which contracted by 1.4% in the first quarter of 2022, and which will likely continue to soften as the Federal Reserve is expected to maintain its tightening policies—surging inflation, ongoing supply chain issues, shrinking business inventories and the virus.

Demand remains healthy and appears to be stable enough to withstand a modest economic slowdown. In addition, the employment market is recovering, and consumer spending posted an increase during the first quarter, which points to consistent household finances. Activity in the for-sale housing market has already dampened and is likely to further thin down due to rising mortgage rates. This will also keep some renters longer in apartments, hence adding to the demand for multihousing units.

The national asking rent increased 0.9% month-over-month in April, maintaining the same rate as March. The difference is that Renter-by-Necessity units posted a 1.0% increase, while Lifestyle apartments rose by just 0.8%.

The reversed dynamic based on asset quality was most illustrative in Orlando—RBN rents were up 2.9% in April and Lifestyle by just 0.2%—and Nashville, where RBN rents rose 2.1% and Lifestyle rents decreased by 0.1%. This could point to increasing demand for lower-priced units.

In addition to the pent-up demand, the housing undersupply drove the consequential rent growth. Analysts estimate the U.S. is short by 2 million to 5 million housing units. Developers intensified construction in recent years, with new supply at about 400,000 units in 2021 and 800,000 units under construction, but several factors are withholding construction in areas needing it. These include constraints of land, high cost of land, labor and supply shortages, as well as NIMBY protests across the country. Regulatory hurdles add about 32 percent to the average cost of a project, according to the National Multifamily Housing Council.

Housing starts have risen to 1.8 million annually, above the 40-year 1.4 million average, but the 16 million to 17 million homes built between 1980s and 2010 fell to less than 11 million in the 2010s. Specifically, according to Leonard Kiefer, deputy chief economist at Freddie Mac, the country went from a surplus of 1.9 million units of housing in 2010 to a 3.8-million-unit shortfall in 2020. “We are now headed into a period of unsustainably high construction,” according to Chris Porter, chief demographer at John Burns Real Estate Consulting, and ultimately, this will reverse the dynamic.

The number of potential homebuyers is shrinking, more so since the house prices began to rapidly rise and interest rate to increase. Others are losing to the increasing competition from institutional investors. Paired with the increased preference for suburban housing, the SFR sector in thriving.