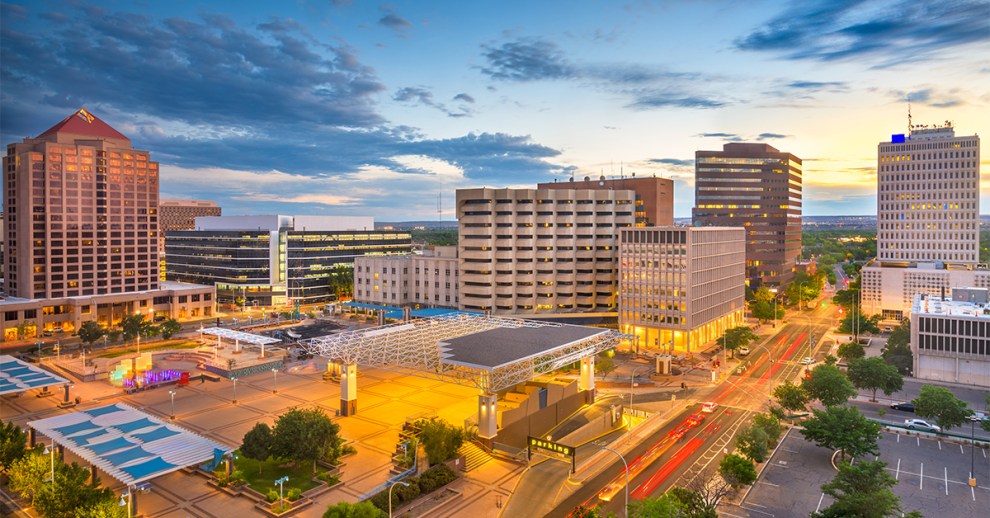 Albuquerque’s multifamily market performed strongly during 2021’s first seven months, with sustained activity on both the development and investment sides. Thanks to a tight rental market—the average occupancy rate in stabilized properties was up 100 basis points year-over-year as of June, to 96.8%—the average rent increased 1.9% on a trailing three-month basis, to $1,079. On a year-over-year basis, the metro ranked 11th among all major U.S. metros. The scarcity of upscale units boosted the Lifestyle segment especially.

Unemployment rose again to 8.1% in June from 7.0% the month prior, trailing the 5.9% national average. The employment market posted a 3.2% contraction, lagging the -1.9% U.S. rate. Albuquerque added 31,400 jobs in the 12 months ending in May, with contractions in the financial activities, government and information sectors. Trade, transportation and utilities, Albuquerque’s third largest sector, added 6,700 jobs, and Amazon’s announced expansion will create another 1,500 jobs. Netflix and Intel will create some 1,700 jobs combined in expansion and upgrade strategies.

Development and transaction activities picked up speed in Albuquerque, with developers delivering 415 units in 2021 through July and another 1,461 underway. Meanwhile, multifamily deals totaled $234 million, for a per-unit price that slid to $116,192.